CityLabs Festival: An urban adventure for all

The annual UNIC CityLabs Festival is coming to Oulu! Join the festival’s interesting workshops where researchers, students, and associate partners from eight European universities and cities work together to address the future of post-industrial cities.

During the festival week you can play the Unique Oulu adventure game, which takes place in the city center of Oulu. During the game players will navigate from point to point with the help of a mobile app. Join the adventure with your friends! Get to know the city better while even solving some of the most wicked problems of urban development. The CityLabs festival is part of the European University of Post-Industrial Cities (UNIC), which the University of Oulu is a partner of with 7 other European universities. 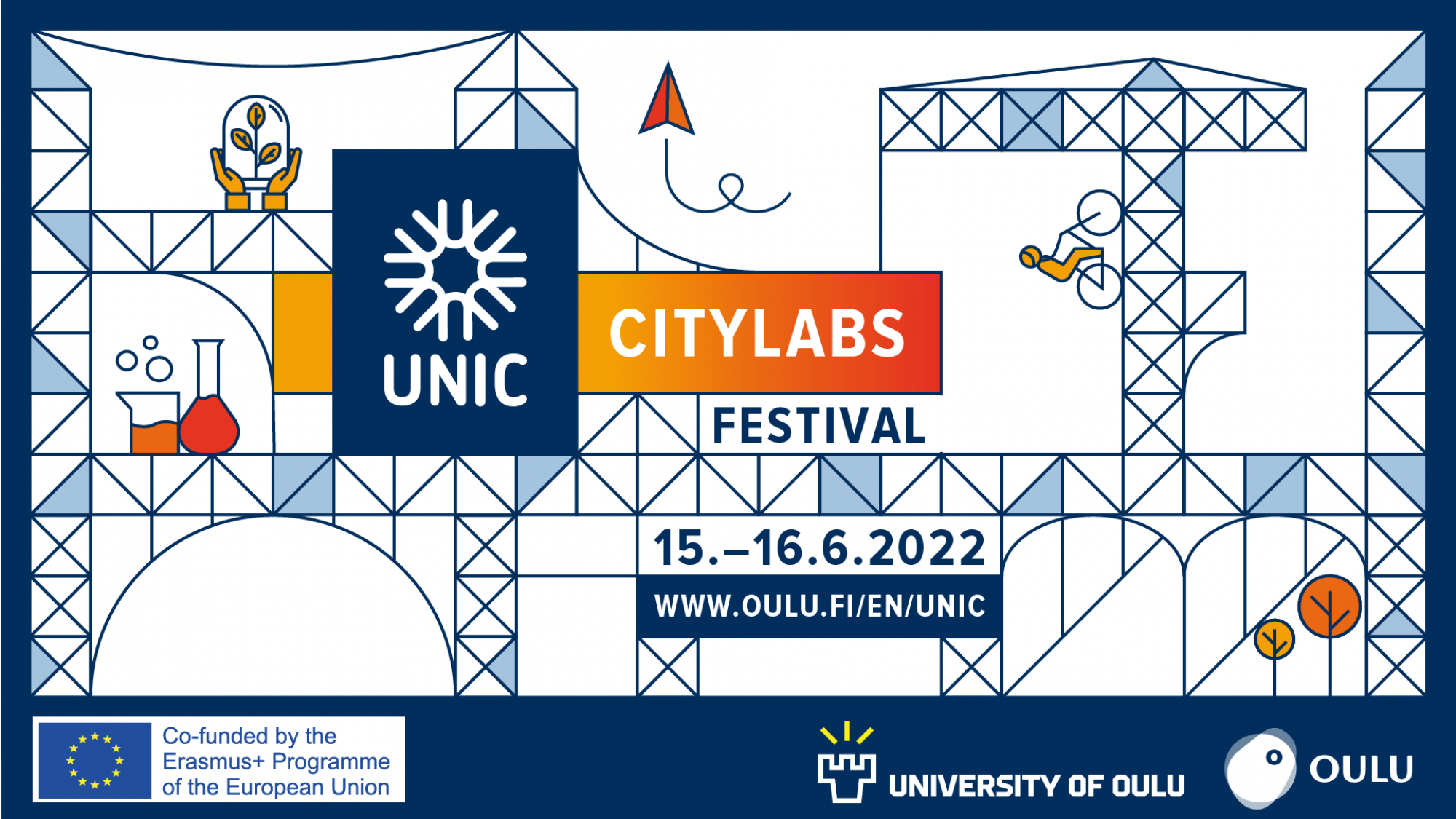 The event is organized by the University of Oulu in collaboration with the City of Oulu and other actors in the area. The opening ceremony of the festival will be held on 15th of June at the Oulu City Theater. The eight universities and cities of the UNIC network will gather in the center of Oulu on the 16th of June for workshops covering the following topics and more:

See the festival program and register for the workshops.

The workshops will be held in English. The CityLabs festival is an activity of UNIC. The University of Oulu is one of eight UNIC member universities, whose common goal is to develop their post-industrial cities by involving citizens in smart and sustainable urban development and by strengthening the cooperation between universities and cities.

An exciting urban adventure game with amazing prizes is coming to the city center of Oulu! Your puzzle-solving skills and knowledge of Oulu will be challenged in the game, in addition to which the players will get a change to influence what Oulu could look like in the future. The enjoyable route will take you through historic sites and coastal landscapes of Oulu. The urban adventure can be played solo or as a group.

The Unique Oulu adventure game will be playable between the 11th and 17th of June and can be played at any time of the day. The approximately four-kilometer route begins at Rotuaari square and ends in Snellman Park. For the game, you will need the ActionTrack mobile app, which can be downloaded for free from the Google Play -store or the App Store. The game can be played in Finnish and English.

There are amazing prizes in store for those that complete the game!