New strides in solar hydrogen: Long-lasting, low-cost catalyst used to create hydrogen from natural water with sunlight at the University of Oulu

Latest research yielded 86 days of hydrogen production without catalyst decay from natural water using sunlight. Solar hydrogen, or hydrogen that is produced through photocatalytic means is a completely clean source of energy. 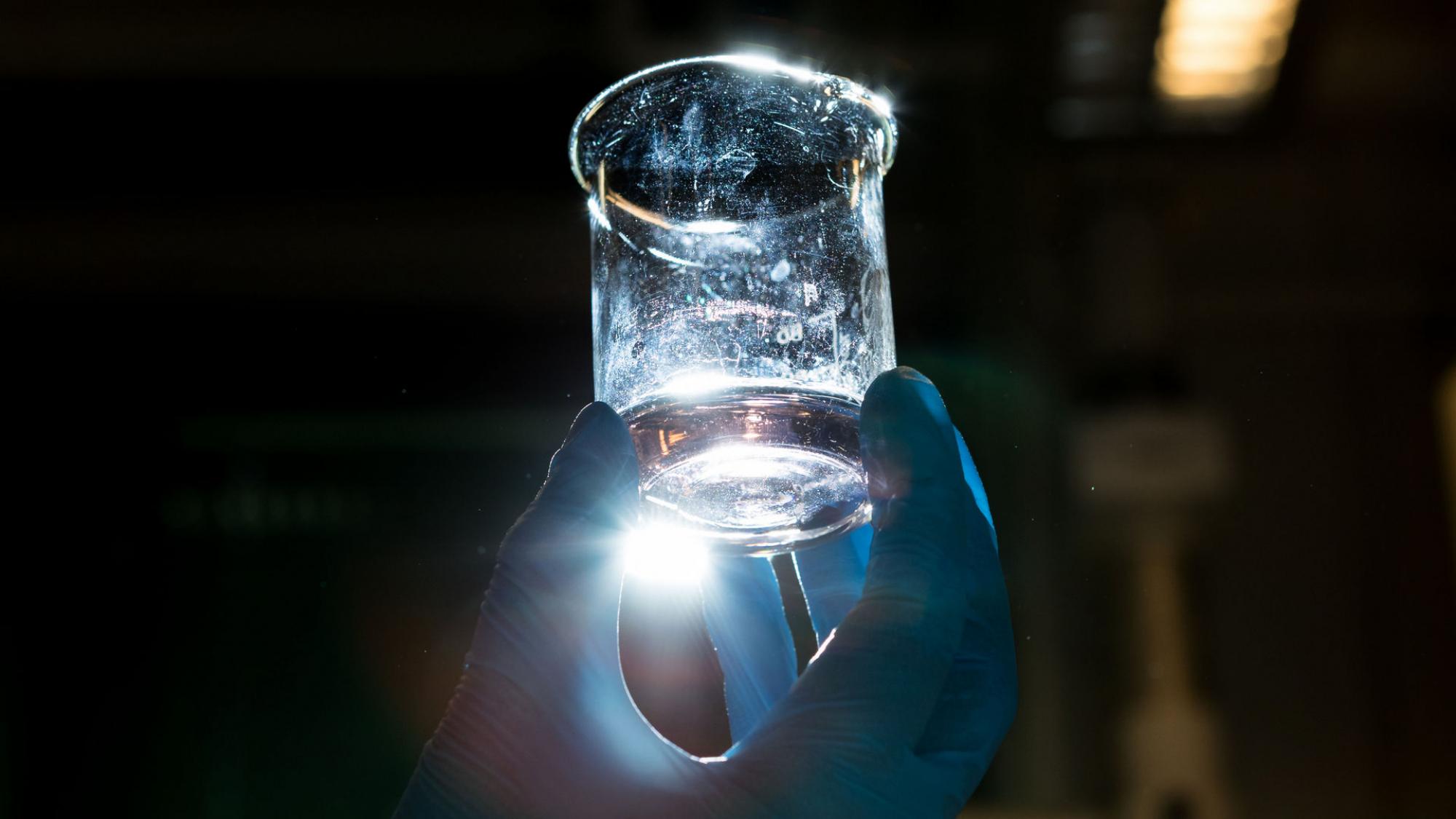 Catalysts are studied in the laboratories of the University of Oulu. Photo by Janne-Pekka Manninen

Breaking up the H20 water molecule into hydrogen and oxygen using only sunlight is a renewable and clean source of energy and holds a key to solving the world’s energy issues. Photocatalytic processes have been studied and researched for decades around the world, but finding an efficient and long-lasting catalyst has been a major obstacle thus far. Catalysts have decayed rapidly or they have involved rare metals, which present their own set of problems. The new catalyst created at the University of Oulu is based on molybdenite, which is a cheap, naturally occuring mineral. The composite structure consists of layered molybdenum disulphide as well as nickel  and silver nanoparticles, but these metals are needed in miniscule amounts which makes the catalyst extremely cost effective.

In laboratory conditions the new catalyst made in the University of Oulu was capable of producing hydrogen out of natural water using sunlight for 86 consecutive days without functional decay. Researchers have reached a 7 percent efficiency rate with the catalyst when the threshold for viable efficiency is considered to be 5 percent. In addition to producing hydrogen, the process has been shown to purify the natural water that is being used to produce hydrogen.

“The theory is proven and the catalyst we have developed is easy and cheap to produce. It is also highly durable. Years of research is still needed before the production of solar hydrogen can be scaled up, but it is very important that funding and resources are committed to this work now. The goal is to develop reactor technology and create an ecosystem of commercial solutions and businesses in solar hydrogen. The technology is now in a critical stage of development”, says Professor Marko Huttula, the project lead in the new research at the University of Oulu. “For instance, using hydrogen directly in the engine of a car is genuinely green energy, because burning hydrogen releases only water.

At the moment roughly 80 million tons of hydrogen is produced annually around the world by using steam reforming, which utilises fossil fuels and releases large amounts of carbon dioxide. In the near-future hydrogen transition the goal is to vastly increase the production of hydrogen using both no-emission and low-emission methods.

Solar hydrogen panels work similarly to solar panels to produce hydrogen: the cells contain water and the catalyst which react to sunlight.  The researchers at the University of Oulu have also studied the surface structures of butterfly wings and plant leaves to develop panels which would be able to utilise sunlight more effiiciently.

“The current goals of electrolytic production of hydrogen in the European Union by the year 2050 require  2800 terawatt hours of electricity. This translates to the building of 250 000 - 460 000 new wind turbines, which is hardly realistic,” Huttula points out.

“The transition to hydrogen is absolutely necessary and every new wind turbine is more than welcome in that respect. However, we have to look at the big picture from a higher vantage point, which means that solar hydrogen is one of the more promising ways to solve the world’s energy needs,” Huttula says.

The article “Nickel nanoparticle-activated MoS2 for efficient visible light photocatalytic hydrogen evolution” by Huttula and his team of researchers was published in Nanoscale, April 28, 2022.